Check out how you can be part of New Mexico Museum of Art’s efforts. 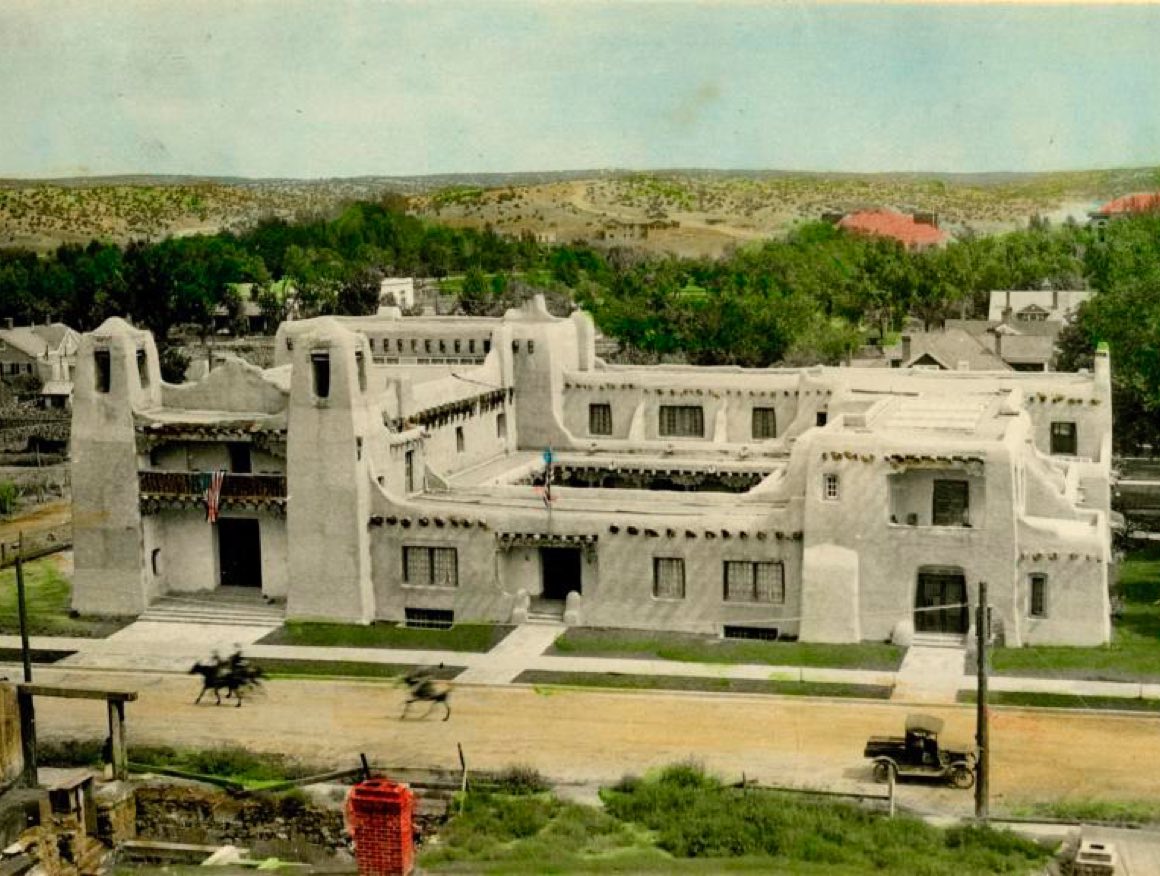 When the New Mexico Museum of Art opened in 1917 it was the first building in the state dedicated to art. Its galleries, reception areas and St. Francis auditorium were made by the people of New Mexico for the promotion of the state’s rich culture to visitors and locals alike The architects Isaac Hamilton and William Morris Rapp designed the building as an enlarged and modified version of the building they made for the 1915 Panama-California Exposition in San Diego. The style of the building, called Pueblo Revival, uses modern contruction materials made to look like the historic adobe churches found throughout the state’s Pueblos. Throughout its century long history, the museum has grown and redefined itself to adapt to changes in art and museum practices.

The current name, The New Mexico Museum of Art, was adopted in 2007 to reflect the breadth of New Mexico art. Its previous name, “The Museum of Fine Arts” had been adopted in 1962.

Mission: Why We Exist

Art is for everyone. The New Mexico Museum of Art fosters a deeper understanding and enjoyment of art throughout the state and beyond. We work with art and artists to explore the human experience, new ideas, and diverse cultures.

Vision: The Impact We Strive to Have

The New Mexico Museum of Art serves as a catalyst and platform for creativity and the enjoyment of art. We empower people to think critically and see a multiplicity of meanings. We bring the art of the world to New Mexico and the art of New Mexico to the world.

Mandate: What We Do

Values: Core Pillars That Guide What We Do

In recognition of our unique multicultural community, the New Mexico Museum of Art will work to foster diversity, equity, and social knowledge. The Museum of Art will honor a multitude of cultures, places, and identities through exhibitions, collections, programming and outreach, representing multiple narratives and appealing to a diverse audience. We will cultivate a collective dialogue on social issues and intersecting histories. We understand that we must start this process by educating ourselves and will validate our commitments through our actions. We believe art is for everyone.

For more information about the museum’s goals, read our current strategic plan.