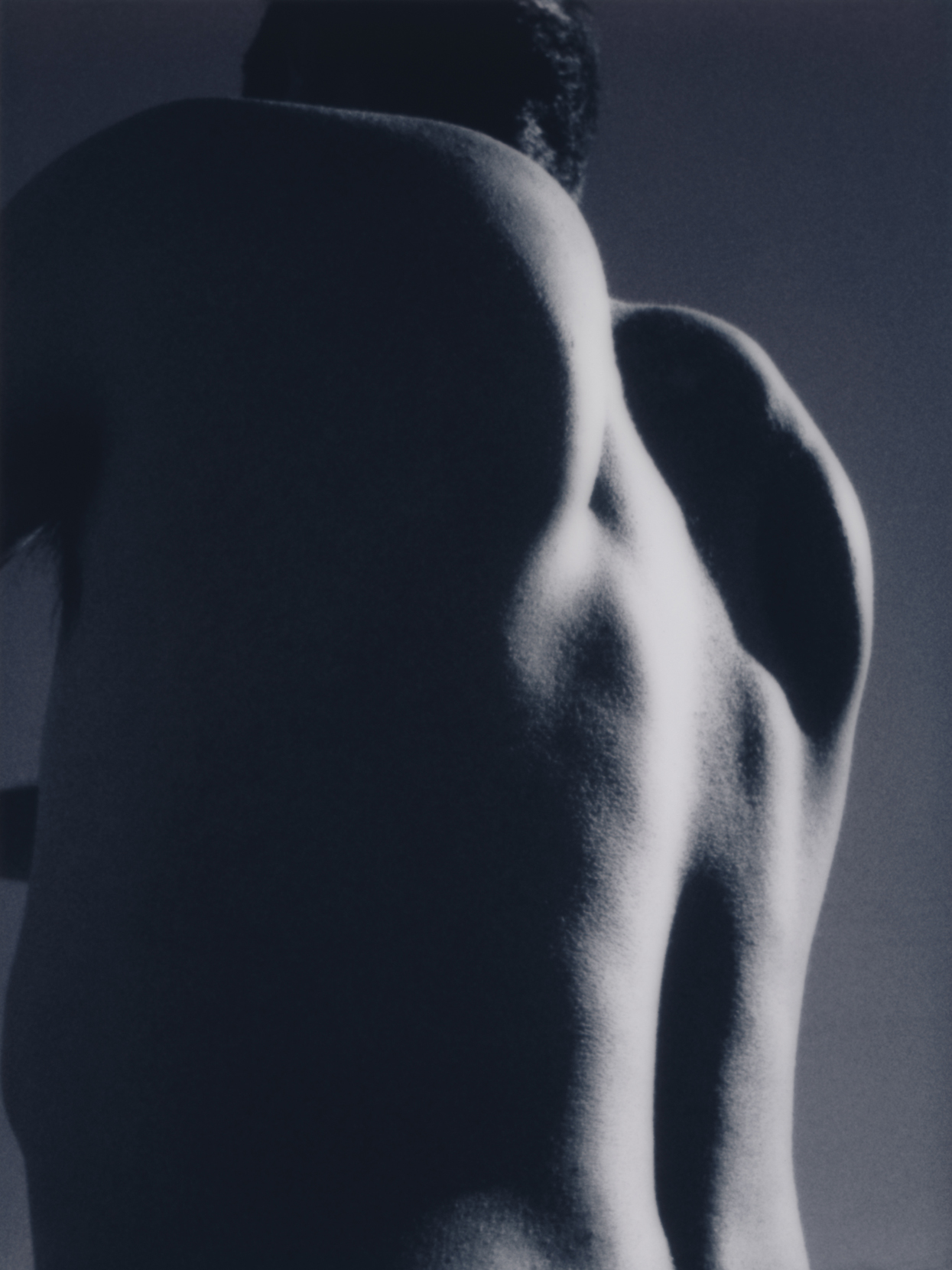 JC Gonzo, From The Land In Spirit, 2018-2019. Fujifilm Instax Mini Monochrome, courtesy of the artist.

Alcoves 20/20 #4 is the last in the 20/20 series of Alcoves exhibitions. The Alcoves series features five, small, one-person exhibitions by contemporary artists working in New Mexico. The series highlights the wealth of artistic talent across the state. Working broadly across the fields of photography and painting, this installation will feature artwork by Karsten Creightney, JC Gonzo,  Phillis Ideal, Cara Romero, and Donald Woodman

Karsten Creightney, based in Albuquerque, is now a professor of printmaking at UNM where he completed the Tamarind Institute Master Printers program and a Master of Fine Arts in painting. After working for years as a Master Printer in New York, Creightney returned to New Mexico. His interest and skill in printmaking are apparent in the materials he selects to cover his painting surfaces. The painting filed, comprised of fragments, creates associations in what the artist refers to as “fields of information.”

“My work is as much a product of discoveries made while making it, as it is deliberate.” – Karsten Creightney

New images and themes emerge from the past just as our future derives from our history. Creightney does not necessarily predict his final picture but rather depends upon trial and error to access alternate realities. His works are part of the permanent collections of institutions such as the Cleveland Museum of Art, the Detroit Institute of Arts, and the Nelson-Atkins Museum of Art.

JC Gonzo is a writer, videographer, and photographer. His texts, sounds, and images all comment upon environmental and social themes. Gonzo’s work begins with research and investigation, and these excursions result in artistic dispatches. These reports from the field take many forms including written word, performance and installation. For his installations The Land in Spirit and Until the Rio Grande Runs Dry, the artist utilizes instant photography, typewritten words, and found and collected objects. The results are referential but also “a celebration of the chaos exhibited by the natural world.”

Gonzo’s cut-up methodology and collage aesthetic generate juxtapositions and elicit previously unconsidered connections and dependencies. Described by the artist as “meta-ecologies,” these installations reflect on our connections to the land and to one another, in particular the land surrounding the border in New Mexico, Texas, and Mexico. Gonzo also writes for various publications and has worked with artists Red Cell as “The Product Division.” The collaborators were artists-in-residence at the William S. Burroughs Estate in Fall of 2014.

Phillis Ideal’s abstract collages balance shape, texture, and color to create geometries of curves, arcs, and lines. Her images are deliberately limited, yielding enlarged microscopic –like details of greater works. Close analytical views lead to explorations past the picture plane. There is much to experience through these curtailed circles and truncated trapezoids. Primary colors of reds and yellows alternate with pastels of violet and lilac. Color field smoothness contrasts with anxious brushstrokes. Her works are hybrids of collage and paint, creating expansive yet constrained spaces.

Born is southern New Mexico, she received a Bachelor of Fine Arts degree from the University of New Mexico and later a Masters in Counseling from New York University. Then she spent a year of volunteer service with Vista in the San Joaquin Valley, working to improve the conditions of migrant workers. Concentrating back on art, she enrolled at the University of California, Berkeley where she received a Master of Fine Arts degree and studied with Elmer Bischoff.  Her first one woman show was at the renowned de Young Museum in San Francisco. Her works have been collected by the Museum of Modern Art, Oakland Museum, and Albuquerque Museum of Art.

“My photographs explore our collective Native histories and the ways in which or indigeneity expresses itself in modern times.”
Cara Romero is a member of the Chemeheuevi Tribe of the Mojave Desert of California, and she acts as an emissary for traditional and contemporary values, preserving history while defining the future. Using her exceptional technical and commercial photography skills to tell stories that intersect Native identity with popular cultural references, Romero is representing her culture while subverting and critiquing stereotypes of Native Americans. She points an indigenous female lens at contemporary social and environmental issues. The photographs are staged with dramatic color and imply provocative narratives.

Donald Woodman’s The Selling of the West, a body of work produced from 2004- 2007, documents the landscape of the West as it is being sold, closed off, or developed.  Woodman takes a non-traditional approach to a traditional genre, landscape photography. Rather than an idealized landscape these vistas incorporate social aspiration, ecological concerns, commerce, and other social and cultural concerns.

A student of the distinguished photographer Minor White, Woodman holds an undergraduate degree in architecture from the University of Cincinnati and a Master of Fine Arts in photography from the University of Houston. His works are part of the collections of such institutions as the Albuquerque Museum of Art, the New Mexico Museum of Art, the Victoria and Albert Museum, and the Corcoran Art Gallery.  Woodman is a long time resident of Belen, New Mexico where he lives with his wife, artist Judy Chicago.

The Alcoves series was relaunched in March of 2012 and has consisted of rotating exhibitions every few years focused on new work by contemporary New Mexican artists. Since 2012, 90 New Mexican artists have exhibited their work. Alcoves 20/20 has featured work by 20 new artists. The series is curated by Merry Scully, the Museum of Art’s curator of contemporary art and follows a format which derives from the founding of the New Mexico Museum of Art in 1917.