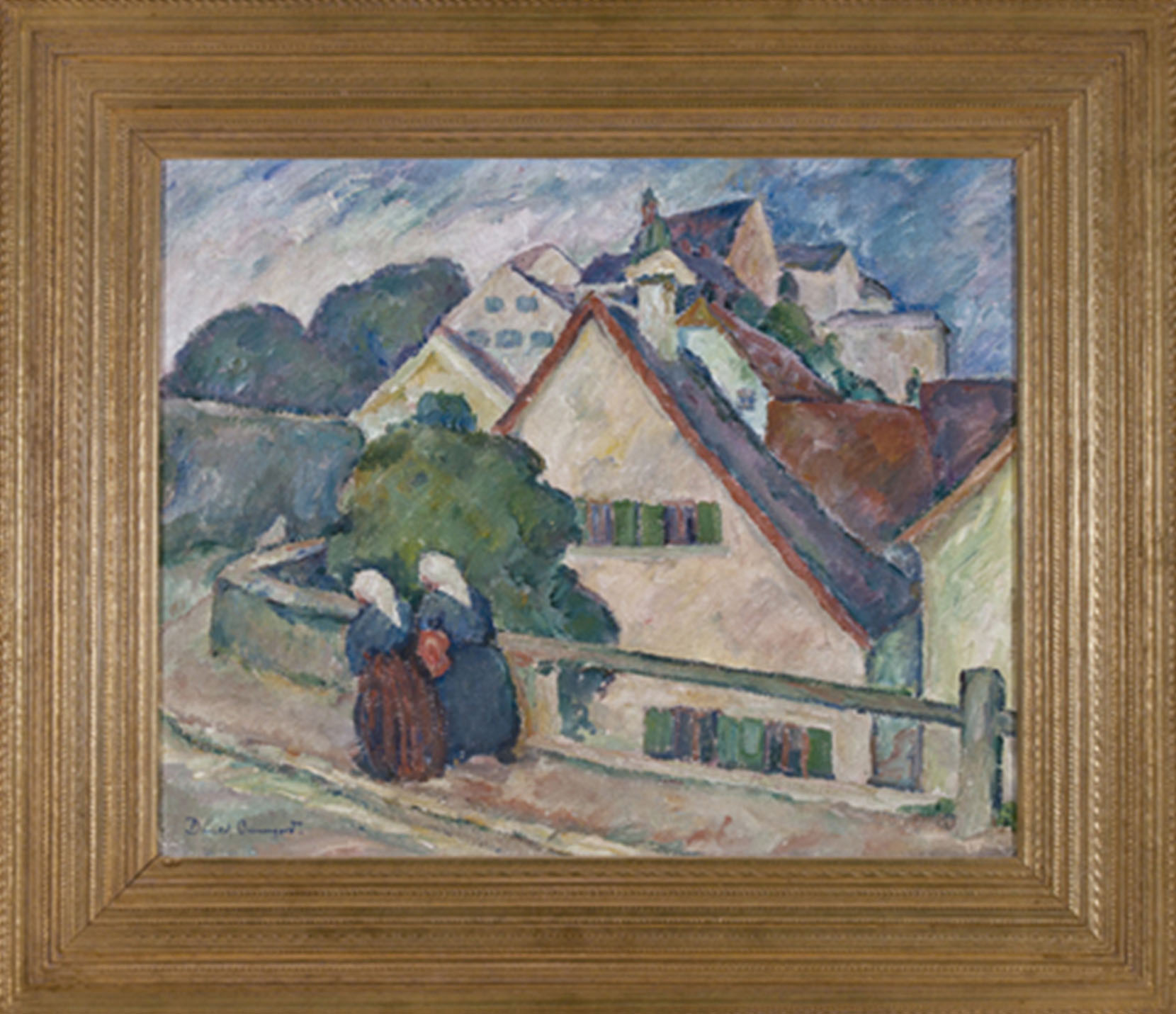 An American in Paris: Donald Beauregard surveys the short yet ambitious career of one of the first artists affiliated with the New Mexico Museum of Art. When artist Donald Beauregard (1884-1914) passed away prematurely at age 29, he left behind an impressive body of work conversant in the latest artistic developments in Europe. Following his study at the prestigious Académie Julian in Paris in 1906-07, Beauregard looked to the avant-garde for guidance and developed a style that blended the innovative experiments of Paul Cézanne, Paul Gauguin, and the early work of Henri Matisse.

After a sojourn in Europe in 1912-13, Beauregard returned to the United States to complete a mural cycle for the New Mexico building at the 1915 Panama-California Exposition in San Diego. The mural cycle would explore the history of St. Francis of Assisi and the Franciscan Order, culminating in an allegorical celebration of the arts and culture of Santa Fe. Sadly, Beauregard succumbed to stomach cancer prior the completion of his master work, which was finished by other artists for installation in the museum’s St. Francis Auditorium. The bulk of Beauregard’s work passed to Springer, who ultimately gave the collection to the New Mexico Museum of Art. Although Beauregard’s career lasted scarcely a decade, the numerous paintings, watercolors, and drawings demonstrate a restless and exploratory spirit, and An American in Paris presents an insight into Beauregard’s career as one of the more promising American modernists.