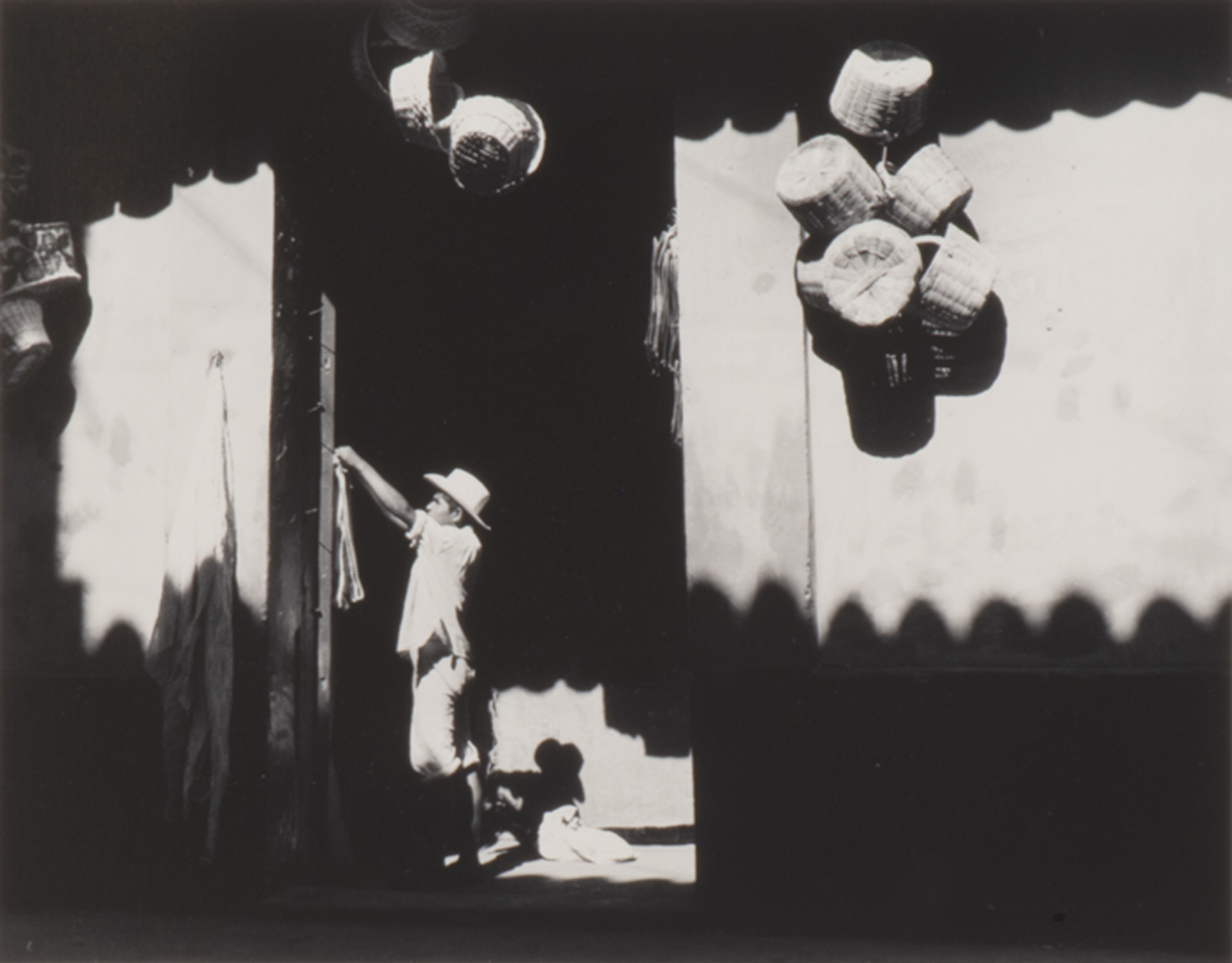 Mexican photographer Manuel Carrillo (1906-1989) turned to the camera fairly late in life, joining the Club Fotográfico de México at the age of 49. He quickly found his voice by making images of everyday life throughout Mexico, celebrating local culture and the human spirit. His work is an extension of Mexicanidad, a movement begun in the 1920s to forge a Mexican national identity free of foreign influence. Stylistically, however, Carrillo was inspired by Mexican artists trained abroad and international artists who converged on Mexico during that fertile period. His interest in indigenous cultures and his use of bright sunlight to create compositions with dramatic shadows and bold geometric forms has roots in the photographic work of Edward Weston and Paul Strand, American modernist photographers active in Mexico in the 1920s and 1930s. Rather than idealizing, estheticizing, or moralizing, Carrillo portrays Mexico from the perspective of an affectionate observer, transforming ordinary moments into expressions of quiet eloquence.