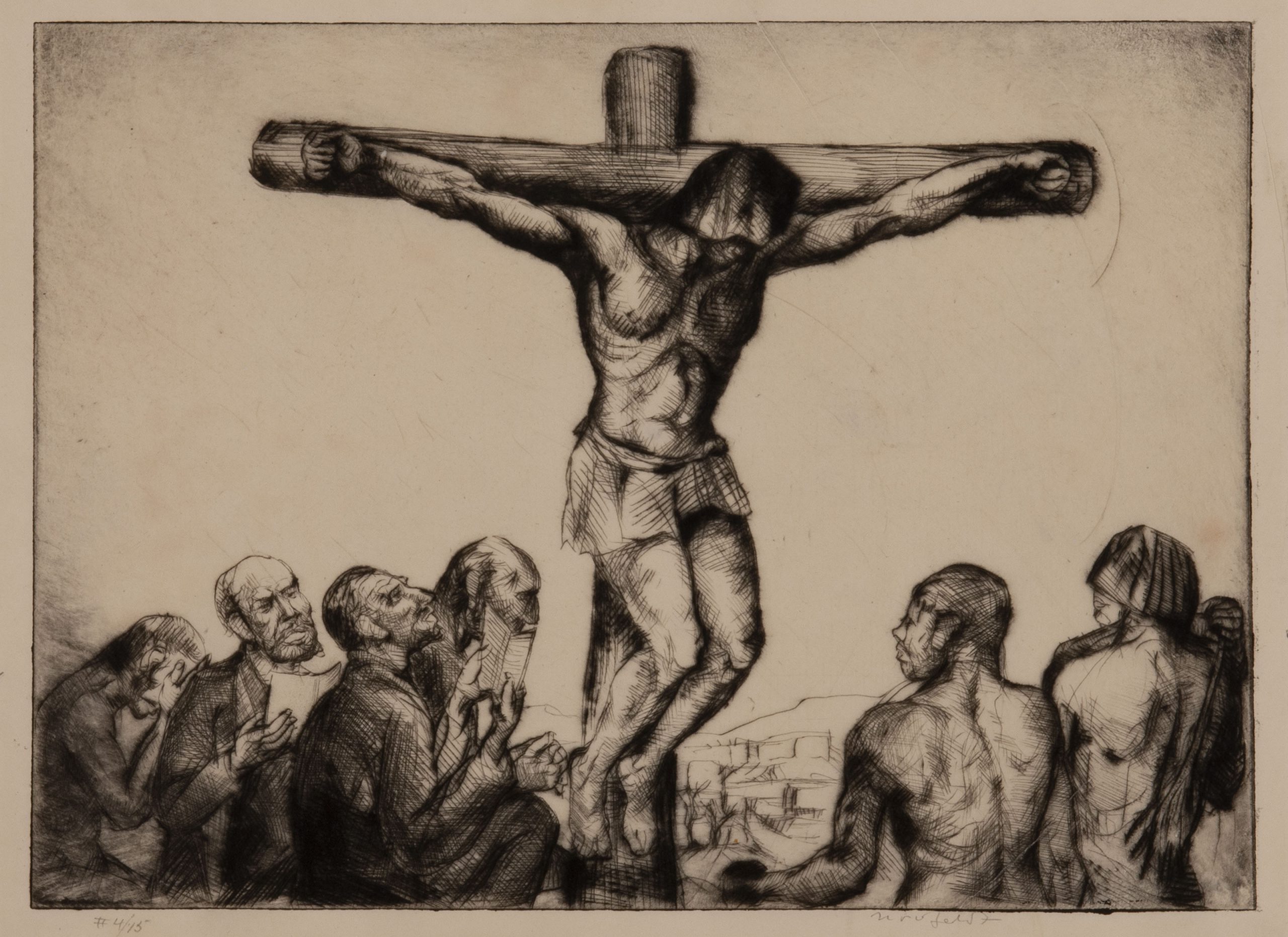 As artist arrived in New Mexico over the course of the twentieth century they encountered no shortage of inspirational material. From the striking landscape, and regional architecture to native ceremony, the Southwest often proved exotic for artists who came from a predominantly eastern, protestant background.  One regional community that captured the attention and imaginations of artists were the Penitent Brotherhood, Picturing Passion brings together the work of artists who took on the penitent traditions as source material..

The exhibition illustrates how artists who were new to the Southwest in the early part of the 20th century looked to Moradas, Penitente processions, traditions, and material culture as source material for their work and as a distinctive feature of New Mexican culture.  It also examines the myths and stereotypes that have developed from sensationalizing the group’s beliefs and practices and endeavors to create a space to address these misconceptions